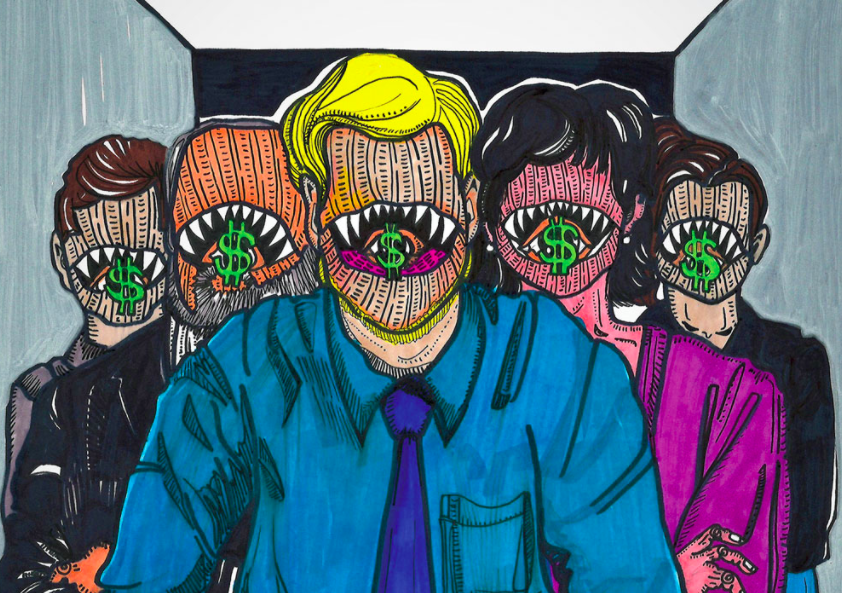 This article originally appeared at theBaffler.

How could the event not have made an impression on young Spanfeller, fresh from college? How could anyone who truly wanted to become a writer watch that happen, then years later do the very same to others? “Maybe the lesson he learned is either you do that, or it’s done to you,” Dr. Harriet Fraad, a mental health counselor and a founder of the journal Rethinking Marxism, told me over the phone in December. A young man new to the workplace might think, “don’t fight ‘em, join ‘em. This is how it works . . . I think he may figure, ‘OK, I’m going to survive and that’s all that counts.’”

Maybe there is truth to that; Spanfeller says he’s been working on a novel for over two decades. Maybe his is a case of dreams deferred. But if that’s too charitable, if he’s been on the side of the zombie ant fungi all along, it’s still a tragedy for what it says about how we allow powerful people to treat the rest of us.

“The person who lays off hundreds of thousands of people like IBM did a few years ago can say, ‘If they weren’t lazy, they’ll get jobs,’” said Fraad, who writes about how our economic system affects our psyches and hosts the podcast Capitalism Hits Home. “They can see themselves as really smart to rip people off, smart to fire people and save money. I think they say to themselves, ‘they can get another job.’”

Meanwhile, she says, the ones left without a job are crushed, because it’s simply not true that one can just go out and get another. “If you’re in a system that so rewards money it’s so hard not to be tempted to go after it, regardless of the human cost,” Fraad said. “And it’s very hard for the people who are sacrificed to not feel worthless . . . and they go on feeling like that” unless they believe they can do something about it. In France, for example, “when something goes wrong people are in the streets, protesting. . . . there’s a sense that you have some recourse.”

Not so in the United States. “Capitalism has a sociopathic aspect because you don’t look at the social effects of what you do—and it’s particularly bad in the United States—you look at your own personal wealth,” Fraad said. One reason young people prefer socialism to capitalism, she says, is that “they know there is something terrible going on here and the doors of opportunity are closing on their fingers.” Various polls bear that out: 61 percent of young adults aged 18–24 in a poll conducted on behalf of Axios said they had a positive reaction to the term socialism. Another poll published by Axios says 55 percent of women ages 18–54 would prefer to live in a socialist than a capitalist country.

We can take heart from that. We can fight for a fair society with that in mind, one that stops using money as a stand-in for morality. The alternative is—no, we’re already living in the alternative. We’re making it as we speak. “We’re creating a whole society of dysfunctional individuals who cannot respond to one another’s needs,” said Watson, the economist at the University of Warwick, “Who do not even recognize what one another’s needs might be.”

Please check your e-mail for a link to activate your account.